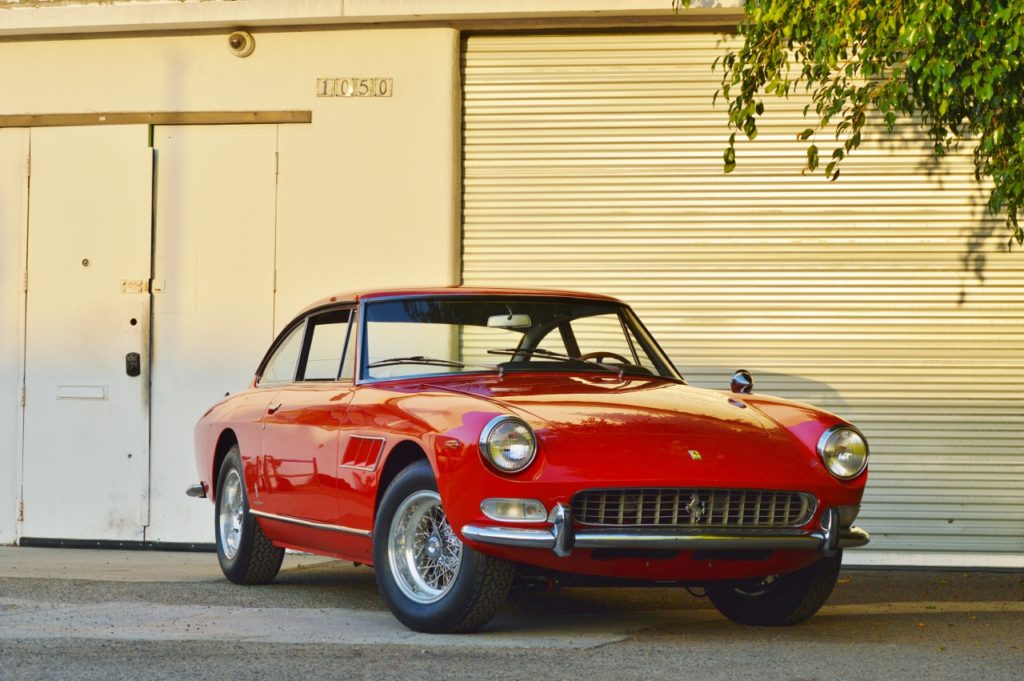 This car is about as close to owning a Le Mans-winning Ferrari race car from their heyday in the 1960’s as you can get for under a million dollars. First produced and sold in 1963, the 330GT was designed to be a quieter, more comfortable grand tourer, but still had many of the same underpinnings that Ferrari’s competition cars were utilizing at the time. Making for a suitable grand tourer, Ferrari chose to include air conditioning; fine wood trim; ample leather on the doors, seats, and dash; and radio with the 330GT. This particular 330GT was taken off the showroom floor in Italy in 1967 where it remained until 1980. At that point, it was boxed up and boated to Northern California to be used as the occasional weekend driver for a doctor living there. 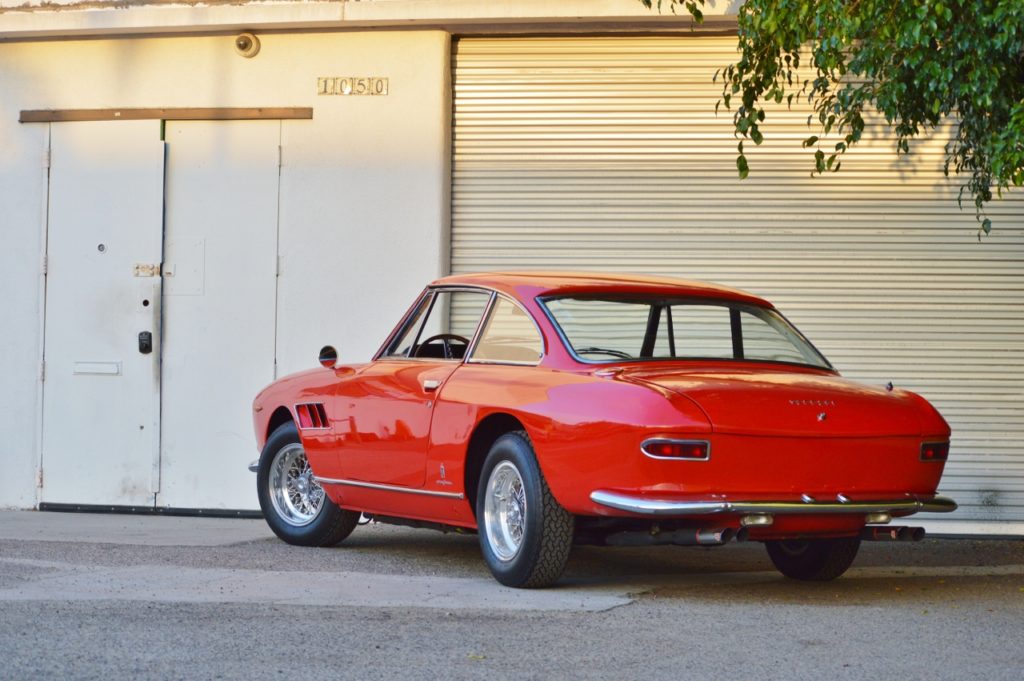 A second series 330GT, this 2+2 version comes with a dual-circuit braking system and rotors all around, a 5-speed gearbox, Borrani light alloy wheels, and – most importantly – a 4.0-liter Columbo V12. Yes, the fabled, mythical Columbo V12 that was placed inside the 330P and the 250 GTO and that is so vaunted in Ferrari’s history was also set inside of this car. However, with the 330GT 2+2 accommodations were made so that four could enjoy. Recently the owner has had that V12 rebuilt. The entire restoration, totaling in excess of $40,000, was performed with exacting attention to fine details and included cylinder resurfacing, new valve guides, rotating assembly rebalancing, and more. In its current condition, it should be close to putting out close to the 300 horsepower it originally made when it left Maranello in 1967. 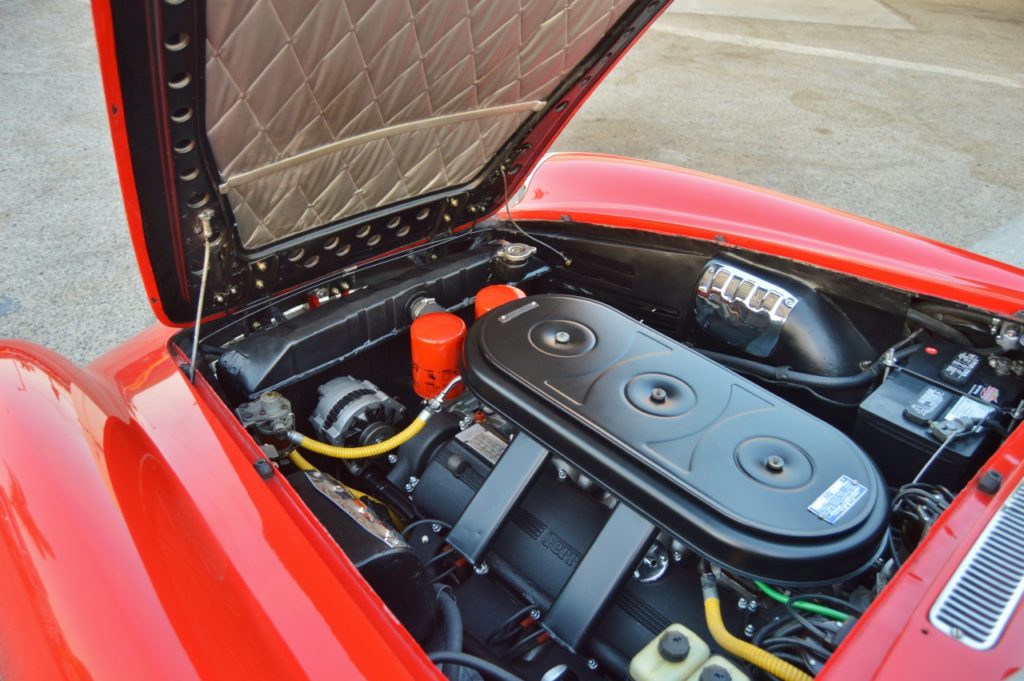 Repainted in Rosso Corsa, the current owner – due to a small chip at in the edge of the cowl – suspects the original color to have been blue. A missing windshield nozzle, some chrome detail pitting, minor scratches, and paint flaking are all commensurate for a car that was cared for but driven to almost forty thousand miles. Nevertheless, during the recent restoration, the brake calipers were rebuilt with fresh hardware and the sway bar assembly entirely replaced. The seller notes that the 330GT had been involved in a rear-end collision previous to his ownership and the trunk and rear quarter panels were replaced but that the work was done well. In all, this is the perfect chance for you to own a piece of pinnacle automotive engineering history from a decade when the Ferrari marque was king of the track. 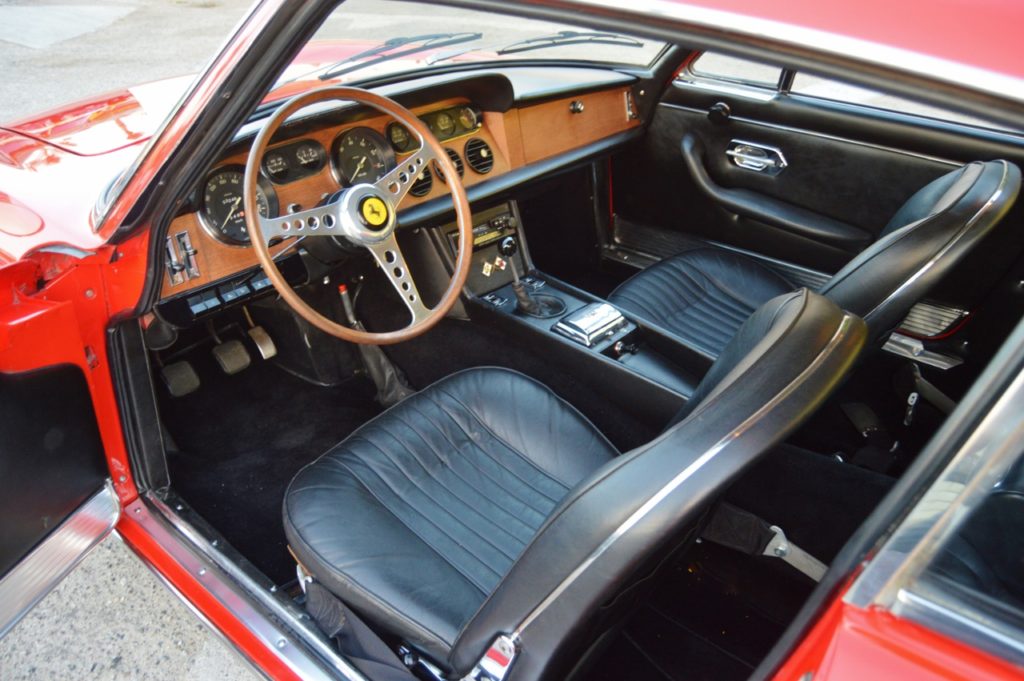